Licensed under the Apache License, Version 2.0 (the "License"); you may not use this file except in compliance with the License. You may obtain a copy of the License at

This document is about recommended coding styles and idioms that are specific to Python. There are many general recommendations about coding style that would apply equally to Python and to other languages (e.g. use meaningful variable names, keep most functions short, insert blank lines between functions and between groups of related statements), but are not included in this document.

In what follows, recommended Python coding styles and idioms are tagged as GOOD, and counter-examples are tagged as BAD. The counter examples are not necessarily bad in themselves, but each has been chosen to contrast with a particular GOOD example, just to make a specific point. Some of the points made are mere conventions that reflect common practice in the Python community. Many of the points made are not black-and-white, but require judgement and interpretation. Sometimes you may need to be a bit forgiving because it is not always possible to capture the full spirit of a coding guideline in a short example. Often you will need to "close your eyes" to certain aspects of an example, because the example has been contrived to illustrate a specific point. For example, many of the variable and function names below are single letters rather than being meaningful words (because they have no meaning in these contrived examples!) Please don't get hung up or dogmatic about any of this, but try to understand the spirit!

There is an executable version of these coding guidelines available on Google Colab, allowing you to run every Python code fragment from this document, online, without having to install Python on your computer. Click here to register and gain access.

Start from the design principles of the Python language, as outlined in the Zen of Python

Always use 4 spaces for indentation, as opposed to 1 space, or 2 spaces, or variable spacing, or tabs. Avoid using tabs for indentation because they are sometimes displayed differently in different editors, which can cause confusion and waste time, especially when editors convert spaces to tabs or vice-versa.

Put one space immediately after , and : in all lists, argument lists, and dictionaries:

But do not put white space immediately within parenthesis:

Although white space should be put around = in general, do not put white space around = when setting default values for arguments or when passing keyword arguments:

In long expressions, consider putting white space only around lower priority operators (or use parenthesis to group operations):

Do not use ; to put more than one statement on the same line

Avoid using the line continuation character \. Instead, take advantage of the rule that allows line breaks within parenthesis. Where line breaks are necessary within long expressions, prefer to insert line breaks immediately before operators.

In control statements, always follow : with a line break. Avoid writing statements on the same line as :

Use the variable name _ where the value of a variable is not being used:

Avoid reading the value of variable _:

Use snake_case for variable, function, and attribute names.

Use CamelCase for class names.

Consider using the __ prefix for class attributes, particularly where the same attribute name is used in a sub-class:

Use keyword arguments (as opposed to positional arguments) where they help to improve readability:

Avoid wildcard imports, and generally prefer not to import individual names from modules. Instead, import the whole module, and prefix the required function or variable or class name with the module name:

While importing individual variables or functions is discouraged, it is fine to import individual modules from packages

Take advantage of lists, tuples, dictionaries, iterators, and generators. They are very convenient, very Pythonic, and have many "batteries included".

Initialize three variables with one assignment:

Swap the values of a and b with one assignment:

An example of iterator unpacking

To initialize several variables to the same value, take advantage of the fact that you can chain the assignment operator. You don't even need a tuple:

To create a fixed-size list populated with a default value, use the * operator:

This is only bad in the sense that using the * operator to build a list is such a neat trick that avoids the need for a for loop altogether. List comprehensions are good ...

This is only bad in the sense that a list comprehension is a tidier way to achieve the same thing. There is nothing wrong with using a loop to append to an empty list.

Take advantage of functional programming features such as generators, lambda, map, filter, and zip (perhaps to avoid the need to construct lists in memory), but only where the code is easy to understand.

The generator yields up objects one at a time, and the map applies the given function to each object in turn to create a new iterable.

A generator function, that is, a function that uses the yield statement, is a very convenient way for a user to define an iterator.

A filter applies a given function to each object from the iterable my_generator(10) in turn, and itself only returns those objects for which the lambda returns True.

A zip is like a clothing zipper, only extended to multiple dimensions. The first item from each of the iterables passed to zip is combined into a tuple, then the next item from each iterable, and so on.

It is much better to break up the code into readable parts, following the Python language design principle that flat is better than nested. This map generates the squares of the even integers between 0 and 9.

itertools.tee is being used to replicate the iterator so that we can show the value of m for debug purposes, the point being that the call to tuple(tmp) will exhaust the iterator tmp, so we need second copy of the iterator to pass forward into the zip.

This filter generates the integers between 0 and 7 that are not divisible by 3.

Again, itertools.tee is being used purely so we can show the intermediate value of f before it is consumed by the zip below.

Avoid using lambda where def would do perfectly well:

When comparing a value to the special value None, prefer the is operator to the == operator, because the meaning of == can (in theory) be redefined using magic methods.

Take advantage of the in operator whenever you need to do an existence check. That is, don't write a for loop or use multiple or operators to test for the existence of an item in a dictionary, set, or sequence.

Do not use exceptions where normal control flow statements such as if or break would do just as well.

Do use context managers whenever appropriate (the with construct), because context managers are the cleanest way to ensure that any resources allocated during execution are tidied up at the right time, an obvious example being opening and closing files:

Use the @property decorator when you want to define custom setter and getter methods that are called whenever a given property of an instance object is accessed. This is more of an advanced coding idiom, but does make it possible to add any kind of custom behavior or side-effect to a simple instance object property reference. When used appropriately, in a way that is clear and natural to the user of the class, this is very Pythonic. There are other ways of achieving the same thing in Python, but this seems to have become the preferred idiom:

Remember the Python design principle of batteries included. Do use the "batteries" that are built into the Python language and the Standard Library, rather than reinventing the wheel and coding up such features from scratch. Here are a few common examples, but the list could go on and on:

Use the Standard Library wherever it offers the feature you need. For example, creating file system directory paths.

Use the built-in sorted function or sort method to sort lists or strings, as opposed to implementing your own sorting algorithm from scratch.

Use join to convert lists of characters to strings (with or without a separator between the characters):

Use enumerate if you need an index variable when scanning through a collection.

Use f-strings whenever you need to format a text string.

Unfortunately it is hard to illustrate pytest from within a Jupyter Notebook, and unit testing is anyway such a broad topic that is is better described elsewhere.

These are general coding guidelines that would apply for any programming language, but which have a particular twist for Python.

Because Python is a dynamic language without compile-time type checking, assertions can be a useful way to check the type of incoming argument values:

It is best to test just a single condition with each assert, because this makes it easier to debug assertion failures.

Wherever possible, re-write code to avoid the need for comments. But do write comments to explain anything surprising or obscure.

Do use docstrings to add appropriate documentation to modules, classes, and functions

Avoid global and nonlocal variables whenever possible. The alternative would be to make the objects locally accessible without reference to global or nonlocal variables. This implies passing the objects as mutable arguments, that is, objects containing variables that can be assigned within functions by calling setter methods of the object. For example:

Exactly the same point can be illustrated using nonlocal scope rather than global scope.

In the same spirit of avoiding global variables, avoid static methods in Python, because their only significance is their scope (defined within a class). If you want variables that are common to all instance objects of a given class, it is better to use class methods. 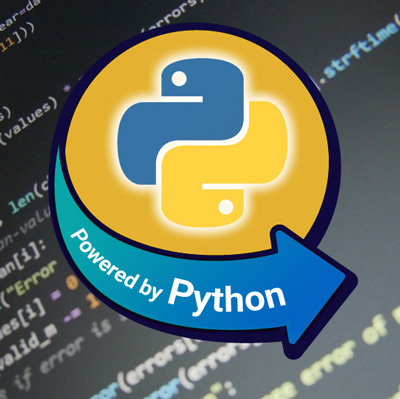 A blueprint to build “future-proof” software Python products, regardless of whether you're starting afresh or from an existing code base.

Find out about our upcoming events